Share a memory
Obituary & Services
Tribute Wall
Read more about the life story of Garry and share your memory.

Garry Wayne Bailey, 79, of Lawrenceburg, IN (formerly of Rising Sun), passed away on Thursday, November 17th, 2022 at his residence. Garry was born in Jackson, MO on February 16, 1943, a son of the late Mary Elizabeth (Potter) Bailey and Walter William Bailey. Garry attended Versailles High School until his senior year and then transferred to Rising Sun High School where he graduated in 1961. Garry was an outstanding basketball player in high school and was inducted into the Ripley County Basketball Hall of Fame in 2009. Garry proudly served his country in the U.S. Army as a SP5 during the Vietnam War. While in service, he received a National Defense Service Medal, Expert Rifle Medal and Good Conduct Medal.  Upon his return from service, Garry went on to obtain his BA and Masters Degrees from Ball State University. Garry was a teacher for 30 years. He taught at Jac-Cen-Del Community Schools for 2 years and the following 28 years were spent at Rising Sun High School where he retired in 2005. Garry was a long time member of the Hartford Masonic Lodge 151. Garry enjoyed fast cars and spending time on the river boating and skiing. Garry was also a skillful woodworker and crafted many tables, chairs and other projects over the years.

Garry is survived by his loving wife, Mary Bailey, of Lawrenceburg, IN; by his daughter, Tara Cutter and husband Brad, of Lawrenceburg, IN; by his son, Adam Bailey (Baylie Hunter), of Cincinnati, OH; by his cherished granddaughter, Blayke Elizabeth Cutter and by his mother-in-law, Carolyn Leming, of Rising Sun, IN. Garry was preceded in death by  his parents and by his son, Brent Wayne Bailey in 1991.

Funeral services will be 11 AM, Wednesday, November 23rd at Markland Funeral Home in Rising Sun, IN with Brother Don Thomason officiating. Visitation will be held 5:00 PM to 8:00 PM on Tuesday, November 22nd at Markland Funeral Home. Burial with military honors will be at Rising Sun New Cemetery. Memorial donations may be made to the Bright Lions Club or charity of the donor's choice. marklandfuneralhome.com

To send flowers to the family or plant a tree in memory of Garry Wayne Bailey, please visit our floral store. 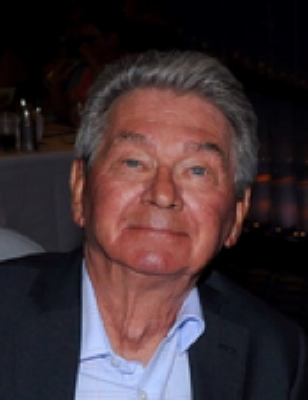