Share a memory
Obituary & Services
Tribute Wall
Read more about the life story of Lois and share your memory.

Lois Marie Stutzman, 81, of Rising Sun, IN, passed away on  Monday, November 21st, 2022 at St. Elizabeth Hospice in Edgewood, KY. Lois was born in Cincinnati, OH on April 16, 1941, a daughter of the late Edna Mae (Truesdell) Houston and Leonard  Houston. She was a graduate of Clay City High school, Class of 1959. Lois married Robert "Bob" Stutzman on December 19, 1959 at the New Hope Baptist Church in Clay City, IN. Lois and Bob were married nearly 63 years until her passing. Lois was a member of the Rising Sun First Baptist Church. She saw beauty in all of God's creations wherever she looked, whether it be up at the clouds or moon in the sky, walking in the park or driving with Bob along the river. Lois loved being outside working in her yard and tending to her flowers. Lois had a sincere concern for people and sent many cards and flowers over the years to lift her friends spirit. She was also a talented seamstress and did sewing for many people in the Ohio County community. Lois's world revolved around her family. Lois loved baby sitting and going to her grandchildren and great grandchildrens’ sporting events, concerts or whatever activity they participated in. Lois was a loving wife, mom, grandma, great grandma, sister, aunt and beloved friend to many.

Funeral services will be 11:00 AM, Saturday, November 26th at Markland Funeral Home in Rising Sun, IN with  Pastor Jim Jenkins officiating. Visitation will be held 5:00 PM to 8:00 PM on Friday, November 25th at Markland Funeral Home. Burial will be at Rising Sun New Cemetery. In lieu of flowers, memorial contributions may be made to St. Elizabeth Hospice or Alzheimer's Association. marklandfuneralhome.com

To send flowers to the family or plant a tree in memory of Lois Marie (Houston) Stutzman, please visit our floral store. 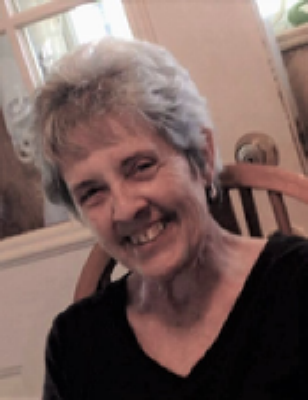